Always liked that song, and for some reason looking at these pics made it pop into my head. Though as I was shooting, I was listening to Closer To Fine, by the Indigo Girls, and a line from that amazing song stuck in my head and became the title of the first picture below: “The less I seek my source for some definitive, the closer I am to fine.”

Apparently, I’m feeling a need to just let it all go, and accept and move on without obsessing. Easier said than done, but sometimes a worthy endeavor in and of itself!

But if you’ve got a desire to have your SL fortune told, I’m happy to do it… and with this beautiful set Sway’s did for the Fantasy Gacha Carnival, and the beautiful, futuristic, curve hugging ensemble ISON released at Uber (which totally feels like something Deanna Troi would wear in her off hours), I feel fully prepared to gaze into my crystal ball and see what it shows. The messy, sexy hair Tableau Vivant released for We ❤ Role-Play just adds to the mystique, don’t you think? 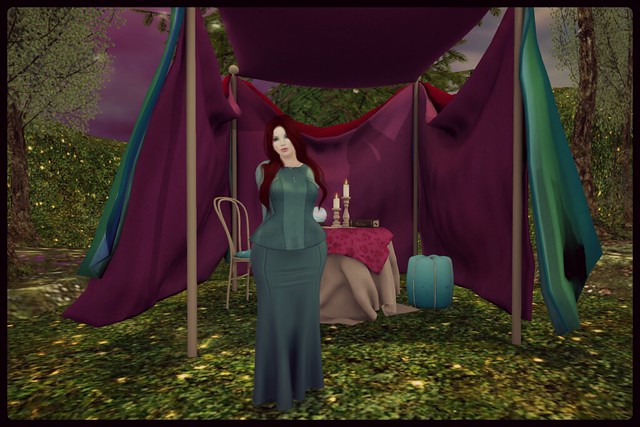 Then, just to add to my musically inspired post, when I looked at Cae’s recent Valentine’s release, I thought of the Kasey Musgraves’ song Follow Your Arrow, which is all about being yourself and having no fucks to give because you can never please everyone anyway. I’ve sort of always held on to that philosophy, at least to some extent. Even as child who was often the verbal punching bag of would-be bullies, I never cared much, and they knew it. Which sort of minimized the impact of their caustic words, particularly since – when provoked – I can have a viper’s tongue, and I’d give better than I got to defend myself (or others that needed it). Which again makes me think, in some ways, of an arrow… something that strikes when unleashed.

The beautiful skin I’m wearing is also at Uber, from Glam Affair. I went for one of the more fantasy inspired makeups, but there are plenty of more natural makeup options, so definitely check it out in person! 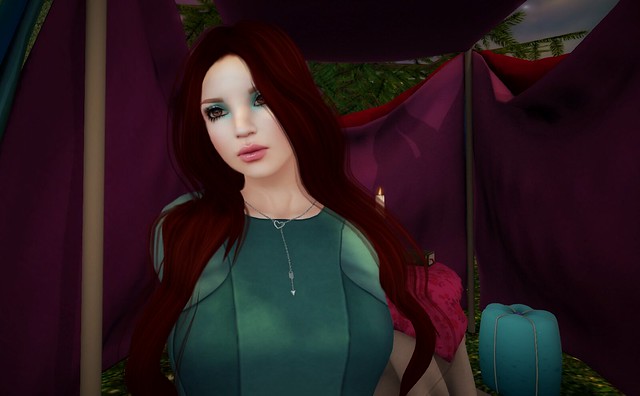 So… here I sit, with all these heavy philosophical thoughts swirling around in my mind, but hey, at least they have a great soundtrack!