I admit that when I first saw the Ravaged Wings Jian released for Wrath at the Festival Of Sin II, I was a bit… well, horrified might apply. I mean, they’re pretty gory, what with the flexi blood hanging off them. But they’re also SO well done, and after looking at them for a while I found myself utterly captivated. I wanted to challenge myself… I’ve blogged fantasy, but nothing quite so dark as this, really. I was imagining an angel, fallen from grace, being thrown from the heavens by the gods. I took the photo at Blithe.

I’m also wearing a lovely dress from le fil casse for Black Tie, which, like FOS II, closes September 5th. My foot wraps are from fri.day, for Collabor88’s birthday round, which is also winding down. The gloves I’m wearing are another new release from Jian, available at The Fantasy Collective. Last, but not least, I’m wearing one of Tableau Vivant’s awesome releases for The Arcade. There are a bunch of variations on this Editorial hair, which is just perfect for photography. 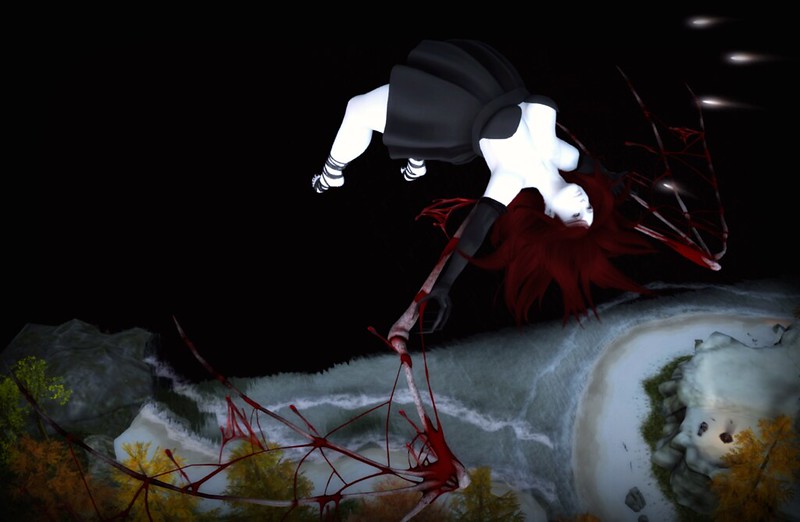