With under 2 days remaining for the June round of The Arcade, I wanted to do a post to remind you to run over there if you haven’t already! Or go back if you want to try one last time for that one item you didn’t get. I’m grilling on Tres Blah’s Summer Fete open grill (a rare), which I was dying to win and finally just yesterday did! My Ingenue shoes are also from The Arcade (more on them in a few). The hat and hair combo is by Truth and you can grab it at Uber (there’s also a hatless version), along with this top from Neve and these adorable shorts from Poppy. I want to say a few things about the top. There are 3 different styles of ruffly tops from Neve at Uber (all named after desserts as sweet as the tops). You should be aware they all have built in arm poses in order to not break the mesh. However, there’s a good variety in sizes and even with my curvier av I found a pose that didn’t put my hands inside me. 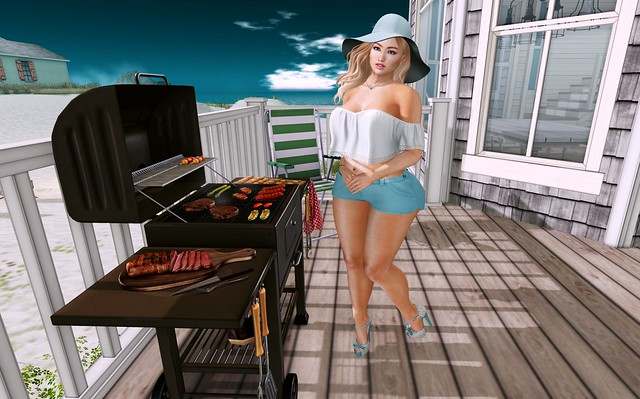 What I most wanted to share are the Lykke heels from Ingenue. I blogged a pair of these a few posts back, but this color is special. Not only is it utterly adorable, it’s an exclusive! It is Ingenue’s prize for playing the machine 25 times, and they will never be available again once the event ends. The pattern is called confetti and I fell for it the second I saw it! The colors, the style and just everything about these shoes melted me. They were something I considered a “must have” because they’re different and cute and yeah. I love them, is that obvious yet? To help show off my sassy shoes is one of Jian’s Cheeky Chihuahuas, also at The Arcade. This photo wasn’t edited at all beyond cropping, as I really wanted you to see the pattern detail. 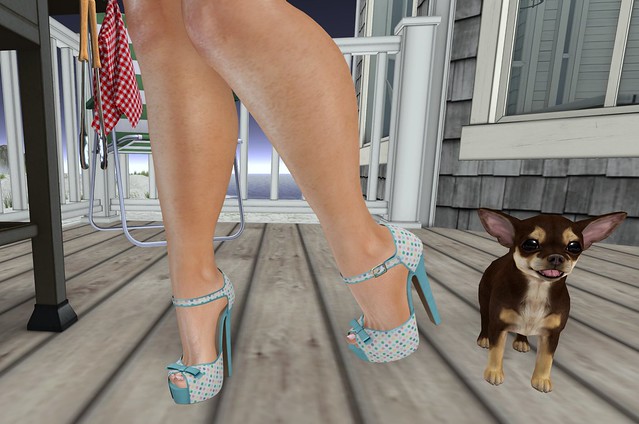 Finally, I wanted to show off a few items from the current round of Cosmetic Fair, and the freckles applier by [TheSkinnery] that is currently available at Cosmopolitan. My eyeshadow is one of the Tropical eyeshadow by Arte. This palette is bold, shiny and gorgeous. I’ve used the Catwa hud to blend it a bit, but it’s gorgeous fully bold, too! I’m also wearing one of Bossie’s Summer Lipstick appliers from the event, which again I’ve blended down some (this was to make it work better with the shape of the mouth on my skin applier, which is from [TheSkinnery], too). I’m wearing one of Catwa’s new bento mesh heads, Koura. I demo’d both Koura and Tala (the newest release). Tala is adorable but looked really, really young on me. So if you’re wanting a younger look I definitely say to try it out. I went for Koura because it was a bit more mature and just overall felt more like me. My necklace is a sequel to Cae’s Kitten release. This one features gemstones instead of pearls, and you can find it in the Mainstore now. 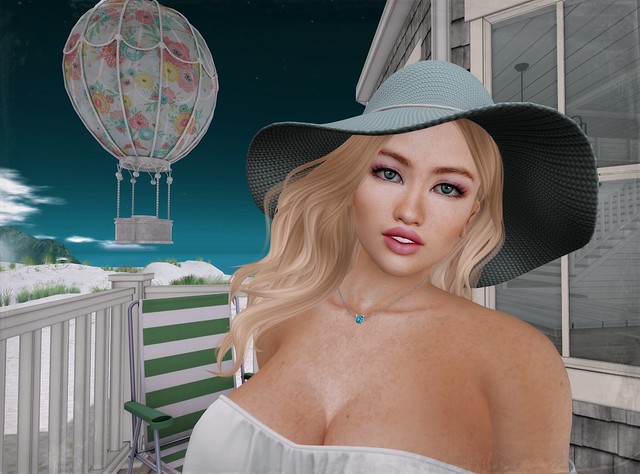 This is my final post before I leave for vacation Saturday, but I return July 10th so look for a new post later that week!

One thought on “Final hours of The Arcade!”