I have a confession to make. Whenever I try to do something edgy or punk-like in SL I feel a bit like a poser. I like punk music, but I’m just so not punk in my style in either world, generally speaking. That said, I was feeling a bit rebellious last week and decided to take advantage of that when I was styling this look. My top and bento compatible gloves are both by Fetch and you’ll find them at Rewind. My Catwa applier by [theSkinnery] is also available at Rewind. My pants are from Just Because, who is a guest at Collabor88’s birthday round. Wearing red and purple together was something I did in the 80s when I was a tween and it made my family crazy because they said they didn’t match. Not long after it became trendy to wear those colors together, which helped shut them up a bit. But I didn’t care. I did my own thing, so in that sense I was always a rebel! My adorable bow pumps are from Ingenue, also at Collabor88. The look paired nicely with the Anxiety %ugh! scene currently available at N21 for just L$90. This is a new-to-me store and I love this prop scene. This type of product is great for shooting blog posts when you don’t have the time to set up a compatible scene or find a good location. My pose is by Elephante Poses, and is another Rewind release. 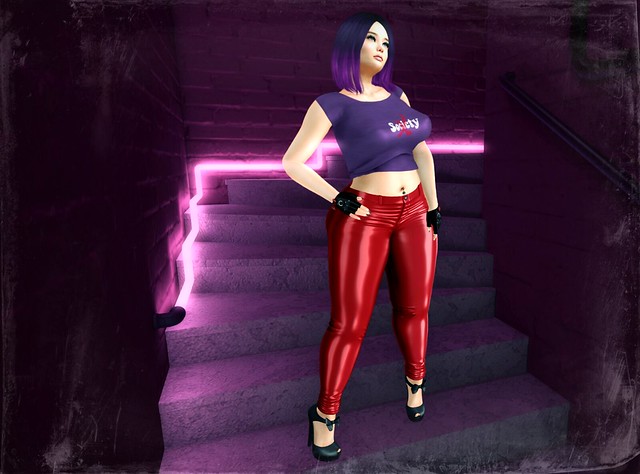 Here’s a close up that shows off my adorable belly ring (rigged!!!) from Maddict that is at Collabor88, as well as this dazzling chrome French manicure from Alme that is available at Whimsical. I have never once used the pointed nails on my Lara body but this manicure and look just seemed to beg for them! Plus, you get a better look at the Fetch gloves. The metal parts and bows are color change. 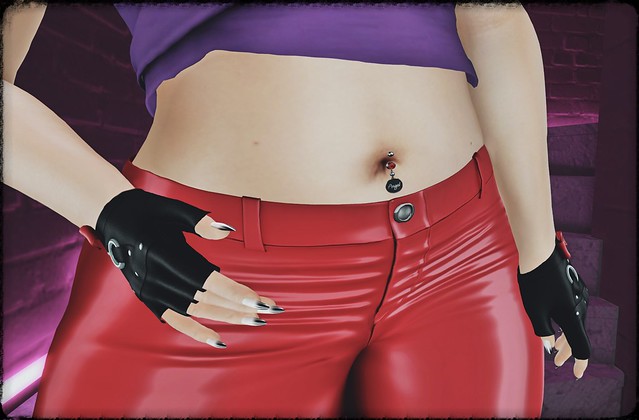 Finally, a closer look at the Chai applier from [theSkinnery]. I really love this applier and I kept thinking that with the shape I made for it my avi resembled Jennifer Lawrence a bit. I am wearing it on the Catwa Koura bento head. I added an eyeshadow from Milla Rasmuson’s Fire collection (which I blended down a bit with the Catwa hud), which is a Cosmetic Fair release. You also get a closer look at my Truth hair, which is the VIP group gift for August. Like all of Truth’s newest releases, Ellie includes a style hud and gives you a ton of options, including bobbie pins (not visible with the style I selected here). Truth’s VIP gifts have been amazing, so if you’re not part of that group it’s definitely one worth the cost of joining! My eyes are from Buzzeri’s Shift collection. When I last checked these hadn’t been added to the Mainstore yet, but hopefully they will be soon (I need more colors!). 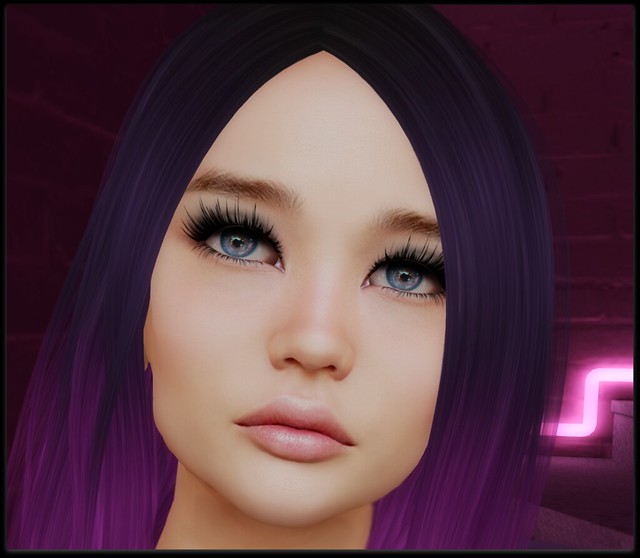